Best Indian performance, minus the glitter of gold 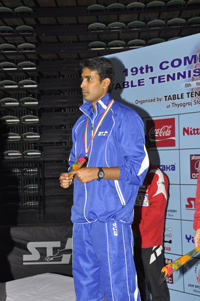 New Delhi, May 10: Indian paddlers came up with their best ever performance, but the chalk and cheese difference became palpable in the 19th edition Commonwealth Table Tennis Championships when the hosts miserably failed to up the ante in six of the eight semifinals they were in on Friday.

Thus the great Indian show at the Thyagraj Stadium here ended, minus the glitter of gold, as the hosts had to remain satisfied with six bronze medals which they added to the co 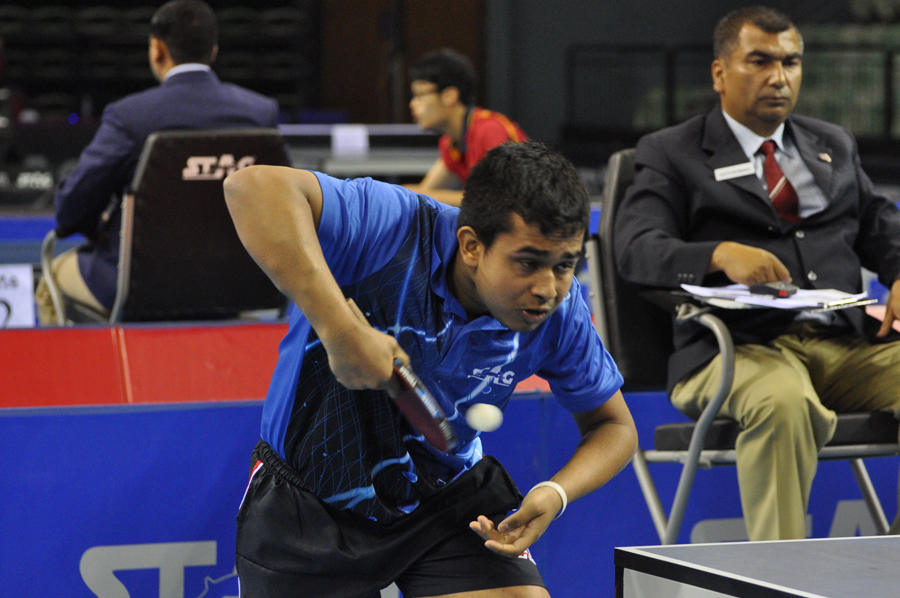 New Delhi, May 9: The Indian paddlers, nearing the homestretch, assured themselves of six more medals on Thursday to make it the most memorable outing ever in a Commonwealth Table Tennis Championships at the Thyagraj Stadium here.

The mixed doubles pair of Soumyajit Ghosh and Mouma Das added a silver on Thursday to the two-silver (men) and bronze (women)-already won in team events and added a bronze today in the mixed doubles where.


New Delhi, May 9: The Indian paddlers, nearing the homestretch, assured themselves of six more medals in the ongoing 19th edition Commonwealth Table Tennis Championships at the Thyagraj Stadium here today. They had earlier won silver (men) and bronze (women) medals in team events.

The hosts, in fact, went past the tally seven—one gold (men’s doubles), two sliver and four bronze medals —they won at Glasgow championships in 2009 to rewri 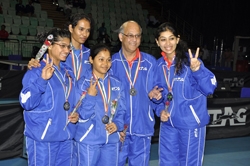 New Delhi, May 8: Singapore, deservedly, retained the men and women team titles in the 19th edition of the Commonwealth Table Tennis Championships at the Thyagraj Stadium here today. Their women paddlers first downed England 3-0 and their men followed it up with a perfect decimation of India for a similar score, taking a little over 90 minutes in all.

The only hiccup, however, was their third player Ma Liang who was taken to the full distance by India&r