Seeded 13th, the Delhi girl made a fine comeback in the women’s singles to beat fifth-seed Ankita Das 4-3 and before that in the morning she had won the Youth Girl 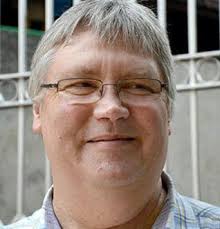 New Delhi, December 17: Peter Engel, the new table tennis coach, has lamented on the easy-going approach of the top Indian paddlers, saying they lacked focus and discipline. In short, he said the Indian paddlers, barring those playing in European clubs, lacked professionalism.

“From what I have seen in the last two months, the players have the talent but are not giving their 100 percent. What is irritating is they tend to pick and choose their tra


NEW DELHI, DECEMBER 16: All top seeds in the men and women’s singles, barring Anandita Chakraborty, had a smooth sailing into the second round of the Vatika National Ranking North Zone Table Tennis Championships at the Hans Raj Model School hall here today.

The seventh seeded Anandita lost to No. 21 Ayhika Mukherjee, 3-4 in a battle that lasted 40 minutes. But Ayhika, who is No. 3 seeded in the Junior Girls’ category, failed to sustain herself going 1

But the title triumph for the West Bengal girl came after some real haggle as Andhra Pradesh’s Naina, a bright paddler, kept herself always in the ga