Shillong, February 10: Indian paddlers, as expected, shared the entire gold-silver booty, leaving the lesser medals to the neighbours in the table tennis events of the South Asian Games which came to conclusion at the Nehru Indoor Stadium here this afternoon.

In all, India captured all the gold and silver medals on offer at the Games, including in the team event to end with five gold and four silver medals. All other teams— Afghanistan, Maldives,

India's mixed pairs strike gold and silver; pattern to continue in other events 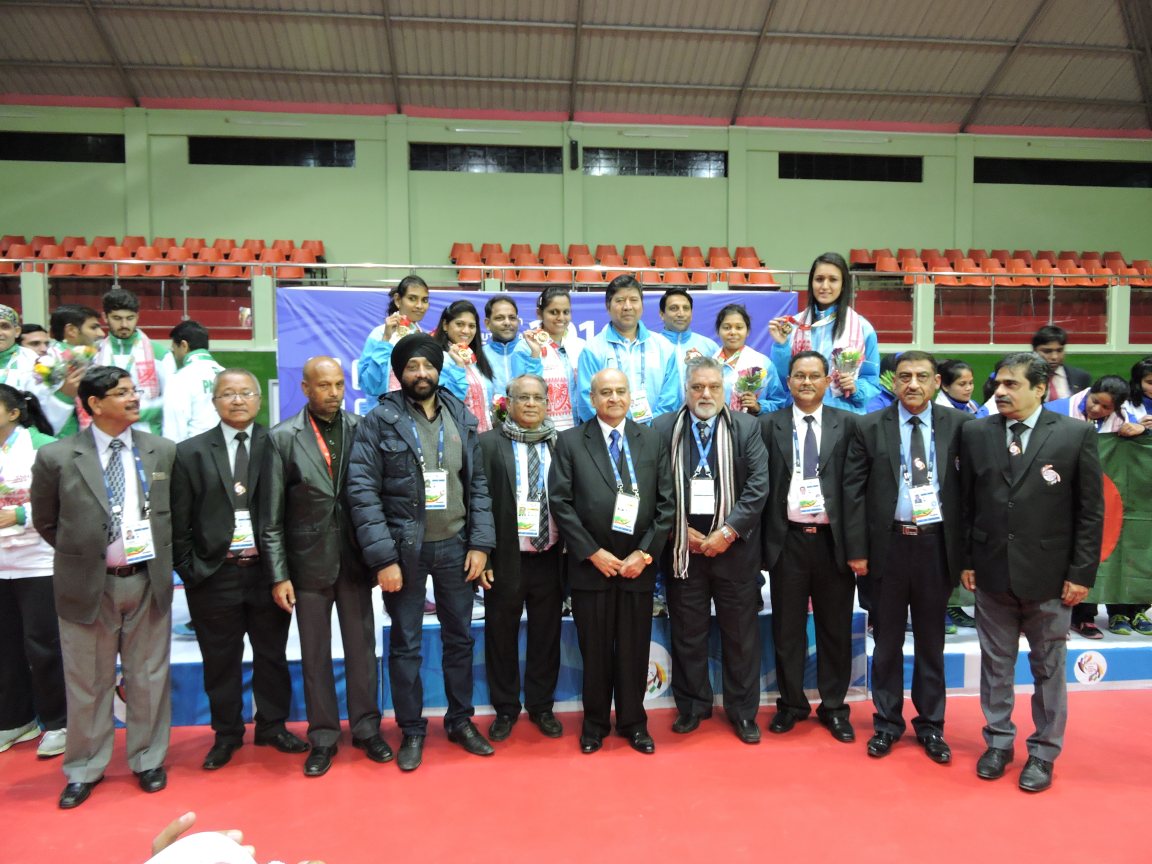 Shillong, February 9: The Indian superiority came to the fore when their paddlers entered all five finals of table tennis as their men, women made a light work against their opponents in singles, doubles and mixed doubles events in the South Asian Games at the Nehru Indoor Stadium here this evening.

In the mixed doubles event, second-seed duo of Anthony Amalraj and Manika Batra defeated the top-seeded pair of G. Sathiyan and Mouma Das 3-2 (11-5, 4-11, 1 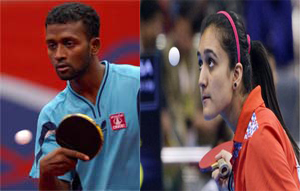 Shillong, February 8: Top-seeded and second-seeded Indians, G. Sathiyan and Anthony Amalraj, entered the semifinals of the men’s singles table tennis event in the 12th South Asian Games here today. In women’s singles Manika Batra and Mouma Das, too, joined their men counterparts in the semifinals, keeping their No. 1 and No. 2 seeding intact.

In other words, the Indians are all set to clash with each other in the finals of both categori

Shillong, February 7: India’s men and women beat Sri Lanka and Pakistan, respectively, to win the team gold medals in both the sections of the table tennis competition at the South Asian Games, being held here today.

Sri Lankan men and Pakistan women picked the team silver medals, respectively, while the bronze in the men’s section went to Pakistan and Nepal. Bangladesh and Sri Lanka had to be satisfied with the bronze in women’s team 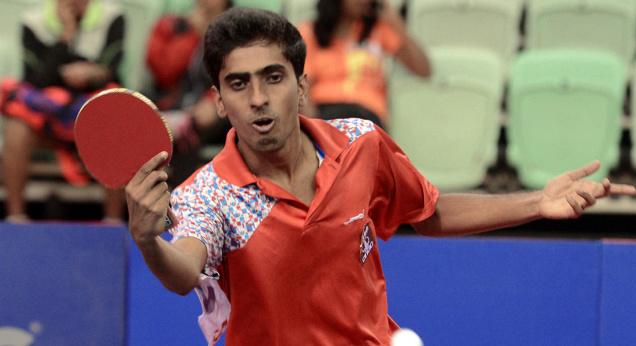 Shillong, February 6: India’s men and women team entered the second stage of the table tennis competition at the South Asian Games, being held at the Indoor Stadium here today.

The Indian men’s team, comprising G. Sathiyan, Sanil Shetty and Sudhanshu Grover, first beat Bangladesh in the morning session of their group A match to announce their superiority in the region. Later, in the evening, the hosts team consisting of Devesh Karia, Anthony