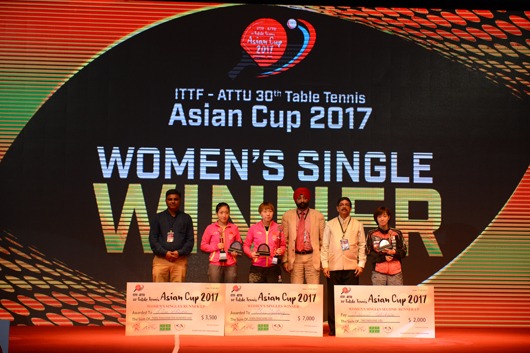 Ahmedabad, September 17: The ITTF-ATTU 30th Asian Cup finals at the TransStadia here today threw up two new champions today, both from China, as Lin Gaoyuan won the men singles title and Zhu Yuling took the women singles crown home. In addition, they also received $7,000 each in cash, the winner’s purse. But the biggest bonus for both was the instant World Cup berths.

Lin defeated compatriot Fan Zhendong, twice finalist, 4-2 but it was the women f

Chinese men and women at it, yet again 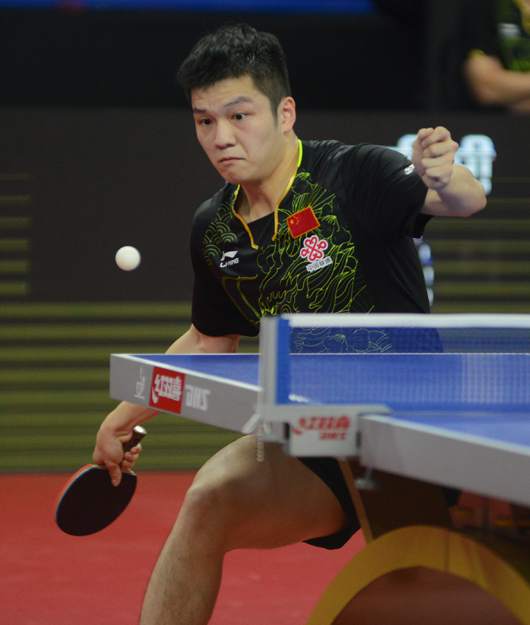 Just before that, top-seeded Liu Shiwen and No. 3 Zhu Yuling ensured that the women singles crown will remain with the Chinese when they entered the f 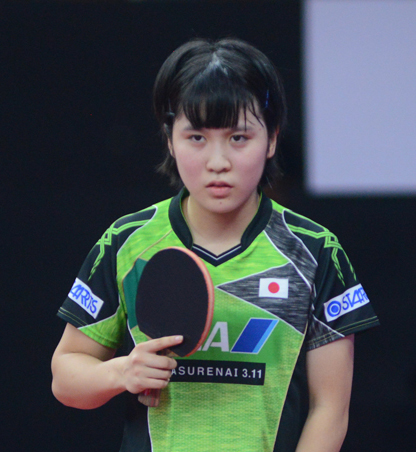 The world No. 6 and second-seeded Japanese, who finished third in her group because of a tie, had to play the challenge round and without 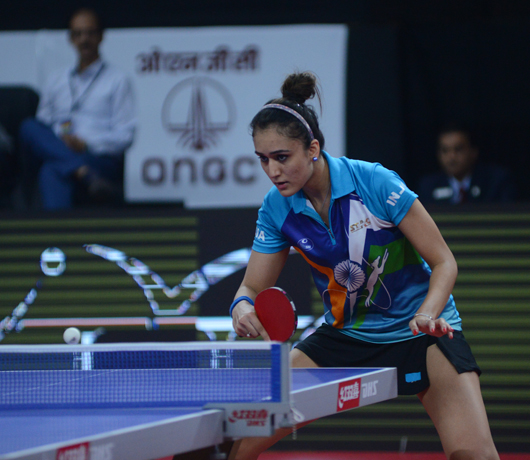 Ahmedabad, September 15: Manika Batra, with three consecutive wins in her group D, brought some smile back on the face of Indian fans but the hopes of A. Sharath Kamal of a World Cup berth lay shattered on a disappointing day for the Indians in the ITTF-ATTU 30th Asian Cup at the TransStadia here today.

Manika lives another day to take on Japanese Miu Hirano in the challenge round for a quarterfinal berth, but for the two male players the chal 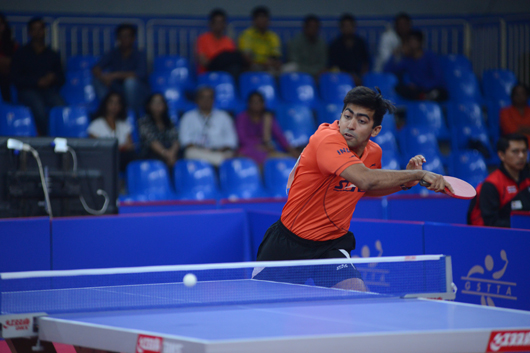 Ahmedabad, September 15: It was a disappointing beginning for A. Sharath Kamal as he went down to Korean Lee Sangsu 3-0 (11-5, 11-7, 11-9) in group C opening league match, but Harmeet Desai and Manika Batra, both placed in bottom group, kept Indian hopes alive somewhat in the ITTF-ATTF 30th Asian Cup at the TransStadia here today.

The Korean proved too hot for Sharath to handle as the ninth-seeded Indian had no answers to the fifth seed. He kept using t